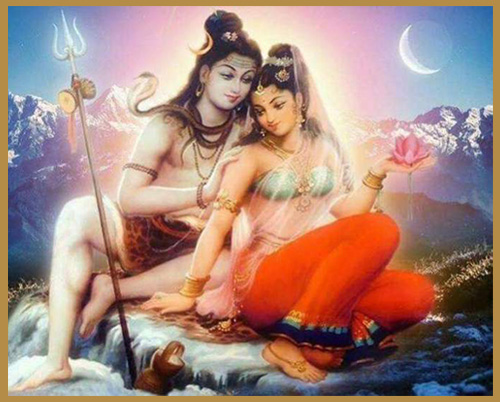 The Gupta Sadhana Tantra is a small treatise of unknown paternity, probably dating back to the 13th century, a gem of extraordinary brilliance that was deep immersed in the dust of ignorance and available only in handwritten form. The text is exposed in twelve short Patalas (chapters) and, judging by the practices that it recommends and supports, is for sure Vamachara (Left-Hand Path) origin. This Tantra is a valuable guide to the sacred path of the Kula Sadhana.

The Gupta Sadhana Tantra guides the higher elevation Sadhakas who are beyond the Pashubhava (animal attitude). A "pashu" is linked by the "pasha" (pitfalls, traps, obstacles). Pashupatinath (the Lord of the Pashus, one of the various names of Shiva) frees the "pashu" from the "pasha".

The Gupta Sadhana Tantra reveals the hidden meanings of the Pancha Makara Sadhana and in the end is the ultimate goal of human birth which is emancipation. The Kula Sadhana is the only path where the Sadhakas enjoy the best of both worlds, material and spiritual. Like the Yoni Tantra, it lists, with slight changes, the navakanya (nine maidens) who are encouraged to take part in the tantric cult. Instead of mature women, the text favors the beautiful daughters of good conduct, coming from the castes and professions mentioned in the Yoni Tantra.

In this Tantra it is clearly stated that the initiation of a female preceptor is not only consent, but healthy and fostering the achievement of all desires. On the other hand, the text also makes it clear that one should worship the Lingam.

Chapter IV describes a shortcut or Real Road, towards the attainment of love and wealth, the freedom of diseases and the defeat of one's own interests. The description is performed as follows: The woman is happy, but she was born, free from hatred and shame, she came between washing her feet and reciting mantras on the various parts of her body.

Shiva, the devotee must imagine himself as the god Shiva. Then you have to get involved, and your permission to perform the maithunam according to the rules. At the time of copulation, the sperm must be offered to the goddess Mahadevi.

The Tantra Marga is the most direct way to reach the goals of life, without a doubt. But the most important precaution is to not let it fall into the wrong hands. This is why the essential components of the Sadhanas are scattered in many Tantra, and the important parts are well coded. The Tantra bind the Sadhakas with oaths, so as not to reveal the secrets to the uninitiated. It is only through adequate guidance that the awakening of a disciple is assured. The Gupta Sadhana Tantra is a very reliable guide, but only through one's Guru should his teachings be followed. 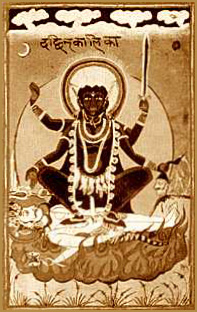