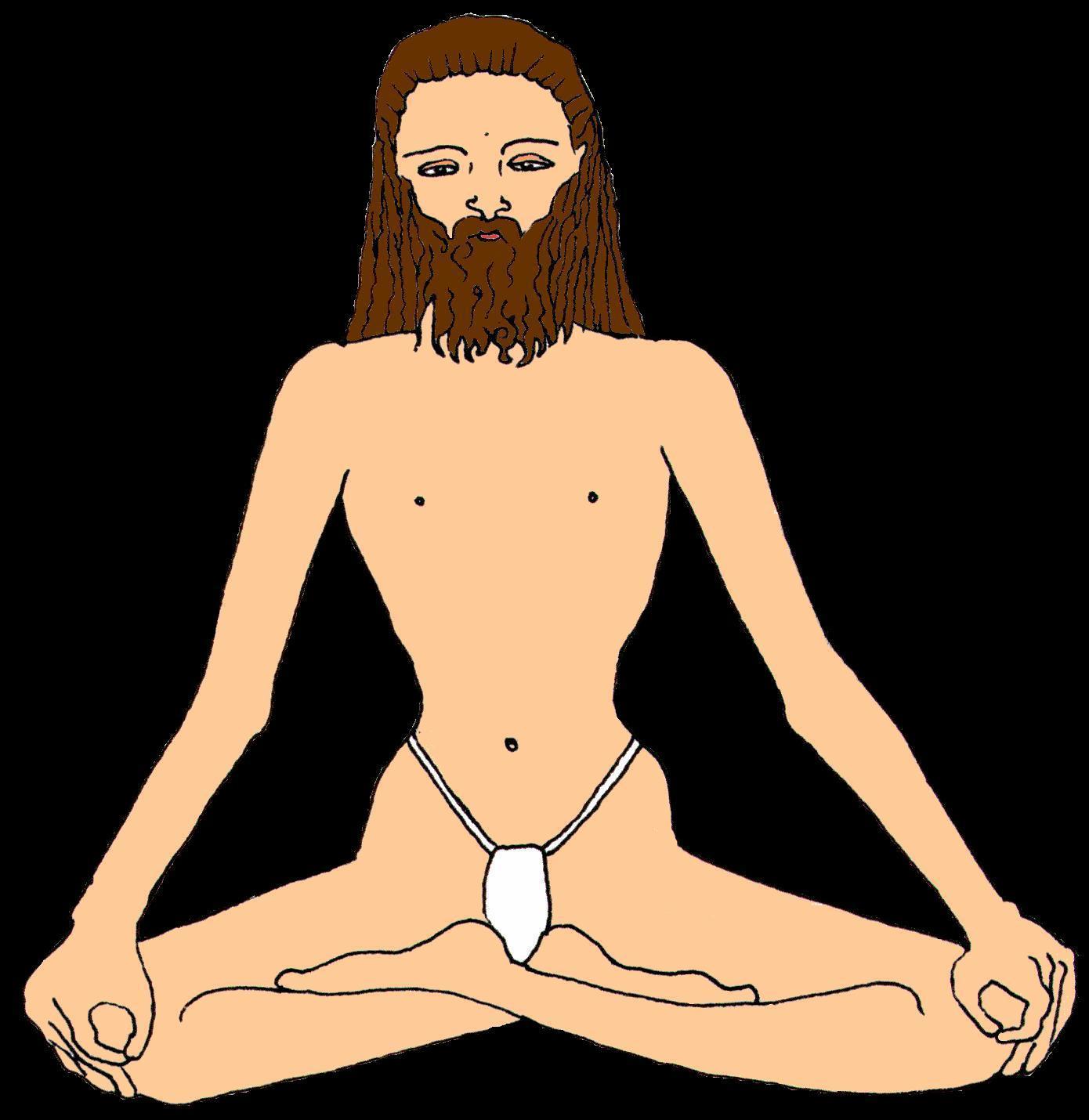 and please DO NOT contact me for black magic, amulets and so on

Aghoris, the word causes shivers in spine. There are stories about aghoris in each & every hamlet of India & Nepal. It is said that they possess unlimited powers over nature, can conquer death, materialize objects, eat human flesh, faeces & live in extreme impurity, sometimes totally naked. Spiritual practioners associate aghoris with the five Ms sadhna that involves getting to a non-dual state of mind through impurity like meat, wine, fish, women. Robert E. Svoboda's trilogy on Aghori Vimalananda in Aghora, popularized the sect in the West. Indic spiritual tradition bifurcates into two main arteries-Vedas & Agamas. While Vedas are the path of purity towards the Absolute, Agamas involve the path of Tantra. In Vedas, mind & fire are the way to reach God. Therfore, sacrifices, oblations and idea of Atman burning like a a lamp predominates. Knowledge descends through Samadhi and thence one can self-realize. Agamas make 'body' as the path to self-realization. In tantras, 'body' is not inferior to mind rather ladder to achieve Higher Consciousness. Extreme obsession with body caused the development of multiple bodily techniques, energy point & energy flow system within body.Hathyoga and concept of coiled energy in the form of a subtle serpent underlies tantric path. Buddhism & Hinduism as well as Taoist quest for immortality and God-like state within human life led to refinement in development of chakra theories, qi-kong, tai-chi, reiki & many more practices. All three philosophies had strongly supported, exchanged & influenced each other in developing the science of subtle energies. While Nagarjuna is credited with making Nalanda the centre of excellence in teaching tantra, other Mahasiddhas like Macchendranath, Gorakhnath strongly influenced the growth of Kashmir Saiva tantras, Bengal's Shakta tantras ,Oriya tantra as well as Tibetan Vajrayana that now hold sway over the Himalayas & across it. Within tantras, there is another level of differentiation-dakshinmarg & Vammarga. While Dakshinmargi uses mantra & mudras for worshipping various form of Shakti, the extreme left-handed path of Vammarga uses dreaded five Ms like meat, wine & sexual act in their path of achieving non-duality. Aghoris are on the extreme left of this spectrum and they even indulge in macabre practises like cannibalism, drinking urine, copulation with corpse (necrophilia), in their urge to obliterate any duality even between pure & impure & to achieve non-dual state of mind. This sect is an offshoot of the famous Kapaliks of Kashmir Saivism who carried human skull as a symbol of sect. Baba Kinaram of Varanasi reformed & revived the sect during 17th century. For Dakshinmargis, Purnananda's Sata-Cakra-Nirupam, a 16th century text of Bengal can be termed classic. For Vammargis including Aghor sect, Abhinavagupta's Tantraloka, a 10th century text of Kashmir can be considered classic. But, there is so much of misinterpretation & abuse by Vammargis that most of them fall prey to delirium and psychosis by obsessive indulgence in ugly, impure & social taboos in their self-discovery.

That year itself (1994), I got an opportunity to visit Ujjain & Omkareshwar in Central India. Both are the centre of major Jyotirlingas that signify Siva. I was accompanying my father. We reached Omkareshwar on the bank of NARMADA, late in the evening. The famous Jyotirlinga temple is located in Om-shaped island. Here, great saints like Samkaracarya received knowledge. When we crossed the footbridge above Narmada, I asked a passer-by the way to the main temple. He showed the way & suggested to even visit the ashram of Baba Krishna Das. We rushed to the temple and attended the full evening aarti. When, the door was shut, we thought of just roaming the other floors of the temple. We had not taken any decision to visit Baba's ashram.When we were on 2nd floor, it was almost dark. Near a pillar, both of us had a sudden physical shock. It was as if I had touched a 220 Volt naked electric wire. We were thrown few feet behind. I shuddered. Whole air was electrically charged. My heart beat was so fast & feet still. There was a kind of stambhan. An old sadhu was lying. He sits back & lit a match-stick to smoke bidi. My father immediately fell on his feet. I couldn't. I was into another dimension of consciousness. We immediately left the place and in bazaar made an arrangement for night stay. I meditated, tried to know, who he could be. I was swooning. I had a horrific dream as well as a shabby discharge. I got up, felt so guilty but couldnt make out anything. I had seen my father in dream meeting serious accident & lying injured in the bushes. Thence, I saw him in a hospital's 2nd floor. It was vivid, very powerful & I knew it was going to be true. I went into silence. I prayed Siva to save him from untoward incidence. We again went to the temple . We tried to find out the old sadhu. He was nowhere. Within a year, my father met with a serious train accident. That time, I had pemonition of his road accident . He had come to meet us. I along with younger brother were living in the city. I forced him to go back to ancestral home 30 km away so that he could be safe. And the train journey ended with this accident. He was lying in bushes. An old widow & her sons rescued him & took to nearby Hospital. Hereceived injury exactly at same point which I had dreamt. He was saved. When he was shifted to 2nd floor of hospital & he was walking while recuperating from wounds, both of us could relate the manifeastation of dream & grateful for saving from certain death due to the grace of electrifying unknown saint. I was always eager to know who that unknown saint was and told people many a times that the unknown saint was emblem of genuinity. He preferred anonymity & worked in the world unlike our own hundreds of corporate spiritualists. My fascination with cremation ground & practises grew stronger. I left studies of medicine and bacame an ardent follower of Marxism during daytime & practioner of secret energy during nights, This was another paradox settling its own course inside.I started visiting cremation grounds without any guide in the field at late nights and used to practise sadhna near burning pyre. Peace & emptiness of mind was overwhelming. Many a times, other tantriks abused me, threatened me. But, often when I sat, black dogs would rush & sit around me. They were merely responding in Pavlovial way. Other practioners must be feeding meat & fishes to them, so dogs expected same from me. Now, tantriksstopped threatening. For them, dogs are the carrier of Kala Bhairav, the form of Siva that rules smashan, the cremation ground.One of my friends, a well known tantrik suggested me tio use some wine during sadhna. He narrated how he was supposed to perform puja and upon instruction of his Guru based in Datiya, Madhya Pradesh, he was completing chanting of 125 thousand times mantra. He finished arduous sadhna. Nothing happened. He kept on doing. Three lakh, four lakh..ten lakh. Ultimately, he decided to offer branded whiskey to Kala Bhairav. He narrated happily that this bore fruit. Divine Mother appeared in his dreams & blessed him. Such are the anecdotes from night-life oif dreaded cremation ground. I found that in Ujjain, where popular siddhi temple of Kal Bhairav is situated & statue of Bhairav drinks wine when same is offered, people offer best wine to appease God. Human nature & frailty is sometimes so funny to watch. I have fond memories of association with another aghori during this time. He could create atmosphere of cremation ground wheresoever he willed. Burning smell of human flesh would irritate the senses. He roamed many years in Tibet & Himalayas & came back to social life to get his daughter married & fulfill his family obligation. I got married in 2000. My fascination with this esoteric cult ebbed

May be it was lurking inside a silent corner waiting an opportube time to strile my normalcy again.Facebook became the messanger. On the eve of Diwali, a Faceboog friend, Aghori Govind Das sent me a video of Baba Krishna Das of Omkareshwar. Generally , I dont watch videos and more engrossed with phonetic world. I was impelled to watch. This video I posted many a times. I was totally blown away. I identified the Sadhu who gave me darshan at Omkareshwar in 1994. I immediately contacted Brother Govind . He said, he was there in Omkareshwar in 1994 and eschewed that Baba never left his Dhuni, the sacred fire which is considered manifestation of Siva Himself. Who was He then? Was He an astral projection of Baba Krishna Das? Could Baba exist in multiple bodies simultaneously? Did His blessings saved my father? Various personal encounters in Assam & Jammu/Kashmir with practioners have made me to conclude that sadhaks posing for dramatic visuals eating corpses, living naked in cremation ground, practising macabre & bizarre are mere the scum of this pure marg. Pure Aghoris are pure in mind without any discriminationor fear and do not indulga in voyeurism. Logic based on structural resonance through which transference of merit or consciousness is expected leads the ignorant sadhaks of Vammarg to fulfill their desires of transgression & sexual fetishism under the garb of five Ms; without properly understanding the marg.Five Ms are subtle in meaning. Orgasm occurs when polarity within collapses into non-dual state. I vouchsafe sexual orgasm is not the instat experience of this Pure Consciousness. Lot of foolish teachings have been bombarded by corporate spiritualists who give false hope of delivering superconsciousness through sex! Aghoris practise pure, non-discriminatory path of using Body to conquer fear & prejudices and to ahieve the state of non-duality. Pure Aghoris are innocent, lovely, ever kind , merciful & bless you whenever you seek them out. They are apparently bundle of contradictions as for them non-duality is the only aspect of existence. Who can be better example than ShambhuSiva? Om namah Sivaya!