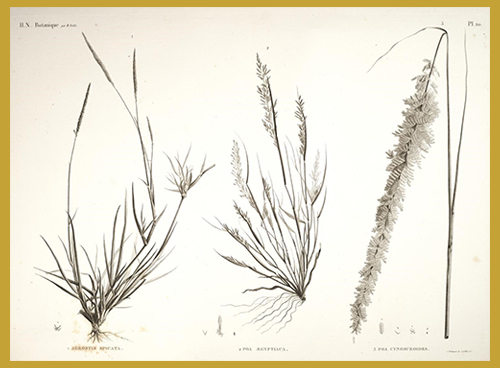 Dharba Grass is a tropical grass considered a sacred material in Vedic scriptures and is said to purify the offerings during such rituals.

Also called Darbha, Dharbham or Dharbai, the botanical name is "Desmostachya bipinnata" and in Hindi they call this as Kus or Kusha. Brahmins use this grass in all functions, auspicious or inauspicious.

A performing person needs to wear a ring made of this Dharba.

Ropes made of this grass are used to encircle deities to purify them. These ropes are also given to the Brahmacharinis or sacred women for their protection.

In X ray exposure of Darbha it is found that the grass absorbed about 60% of the radiation.

When the so powerful X-ray radiation can be absorbed by the Holy Grass, why can it not absorb the ill-radiations spread over the atmosphere?

At the time of Solar eclipse or Lunar eclipse the elders used to keep this Holy grass in all the food containers in the house to protect from radiation of eclipses.

In Ayurveda, Dharba grass is also used as a medicine to treat dysentery and menorrhagia, and as used as a diuretic.

While chanting and reciting some Vedic phrases and verses, one needs to wear a ring made of Dharba on his right hand ring finger. This is most essential, while performing all the rituals, such as Agni Santhanam, Thiru-Aaradhanam, all sorts of Havans known as Homam etc.

It is used as Asan, the place to sit for ceremonies or meditation.

In tantra Dharba grass is used also to make a braid to whip the Asan with a special mantra.

The count of leaves depends upon the function that is held viz. for some functions related to death only single leaf Dharba is used; for auspicious and daily routine a ring made of two leaves is used; for inauspicious but not death related functions, (i.e. Amavasya Tharpanam, Pithru Pooja etc) a three-leaf ring is used. And for the Temple Prayer and Pooja, a four-leaf ring is used.

Also, when a fire ritual is performed, these Dharba are spread all the four sides of the Agni Kundam.

Whenever any function is held, firstly it is performed a site-cleansing act known as "Shudhhi Punyaahavachanam". While reciting the selective versus, is held the Dharba bunch in the hand and is placed the tip point of it over the vessel containing water thus the recited vibration values are absorbed by water in the vessel through the Dharba.

The Holy Grass known as Dharba has the highest value in conducting the phonetic vibrations through its tip. Later, they sprinkle the Holy water at every nook and corner of the place, where the function is held.

Dharba without the tip is considered of no value, as the conductor type value is lost in it.

The Rishis were of greater knowledge than today's scientists, today's science is struggling to understand the inventions of ancient Great Rishis. 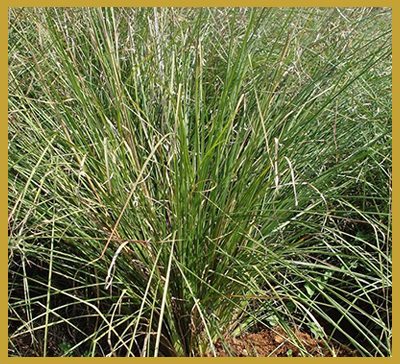